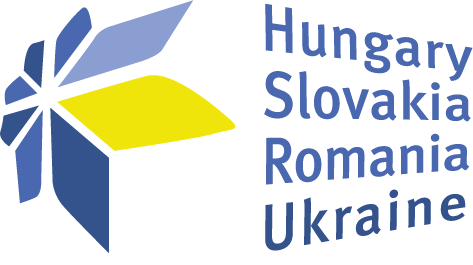 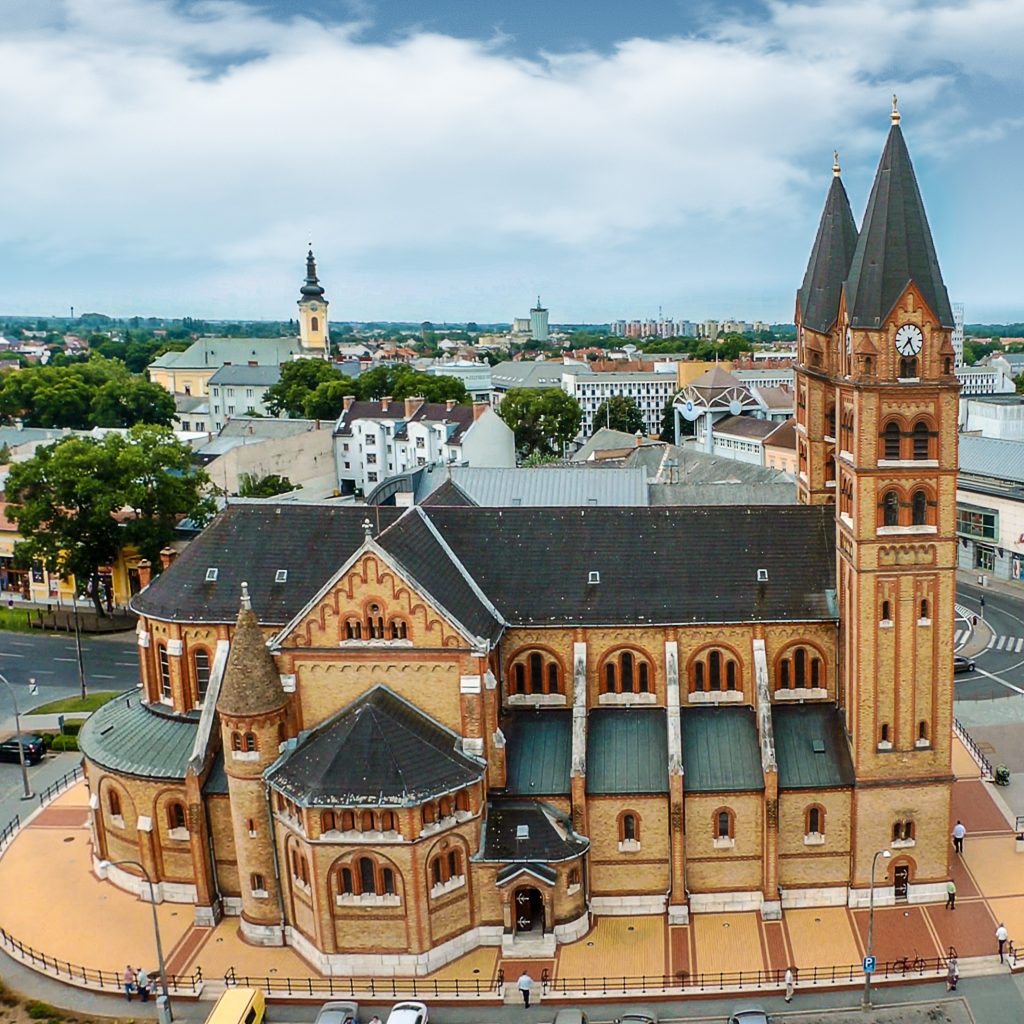 Co-Cathedral of Our Lady of Hungarians

One of the most famous buildings of Nyíregyháza is the Romanesque cathedral in the main square of the town, the church of József Samassa Archbishop of Eger. Archbishop Samassa – in memory of his Golden Jubilee celebrations in 1902 – donated this monumental church to the capital of Szabolcs County at that time, Nyíregyháza. The Church of Our Lady of Hungary, which has been the co-cathedral of the Diocese of Debrecen-Nyíregyháza since 1993, is an outstanding work of Hungarian ecclesiastical architecture with its double tower, its proportions, structural perfection and pure style. It was consecrated by Archbishop Samassa himself on 20 August 1904.

The exterior of the church – with its rich articulation, buttresses and decorative elements – is fascinating. In our country, a church with a similar richness of exterior decoration is hard to find. The height of the two huge rectangular towers – divided into three floors – is 43.6 metres. Between the two towers is the richly carved main entrance and the huge gable wall. The relief in the tympanum of the main entrance depicts the Blessed Virgin with the child Jesus – in the company of St Joseph and St John the Baptist – worshipping the kings St Stephen and St Lazarus. In one of the niches of the south tower was placed the bust of the church builder, Cardinal Samassa, which was made in 2002 and is the work of sculptor Sándor Tóth.

The exterior of the church is in its original state, with the exception that in 1970 the parish priest Ferenc Csépányi replaced the entire roof of the church with an Austrian monument slate, and in 1983 he installed a new, electrically controlled clock tower. In 1995 parish priest József Váradi renovated the buttresses and the plinth stones.

On entering, you will find a similar variety to the exterior of the church, with all the beauty of the Romanesque style. The right and left piers support a cross vault consisting of six smaller bays and one larger bay at the transept. The nave is lit by 5 to 5 coloured windows grouped by a common arch. The church has a monumental character with the transept and, beyond it, the sanctuary, illuminated by seven semicircular windows. In the central window is the votive image of Archbishop Samassa, the builder of the church, paying homage to the Holy Family (by Miksa Róth).

The sanctuary is surrounded by a circular corridor (sacristy and vestry). The side aisles, half the height and width of the main nave, are lit by 3 to 3 semicircular windows. They were completely restored in 2000 by the restorer Eszter Mezősi. The main altar of the church is marble, the upper part is carved in oak. To the right of the sanctuary are the statues of St Stephen, St Lazarus, St Imre, St Jerome, St Elizabeth of Árpád and St Margaret of Árpád. At the top right of the altar are 3-3 statues of praying angels. In the centre of the high altar, replacing the altarpiece, is a huge crucifix with the badges of the evangelists at the chapels’ ends. These are all carved from lime wood by the sculptor János Kopits.
The centrepiece of the liturgical space is the marble altarpiece, built in 1971 from elements of the main altar of the Chapel of the Anglo-Saxons of Eger. Underfloor heating and marble flooring were installed in 2000.

The baptismal font is also marble and is placed on five marble columns. The organ comes from the workshop of József Angster and Son in Pécs. Originally a two-manual organ with 24 main and 20 subsidiary stops, it was expanded to 27 stops in 1984-85 and 1997 respectively. The interior of the church is painted in the Romanesque style of the 13th century. During the renovation in 1984, the walls were repainted without altering the original ornamentation and colours, thus preserving the original stylistic features of the church for posterity.

Church of the Exaltation of the Holy Cross

The outstanding medieval monument of Berehovo (Transcarpathia, Ukraine) is the Roman Catholic church on the right bank of the Vérke River, named after the Exaltation of the Holy Cross. The church is now a monument of national importance. The exact date of its construction cannot be established, but the stone carvings of a man’s head and an animal’s head in the secondary structure above the northern gate are traditionally dated to the Árpád period.

It has been destroyed by Tatars, Polish armies, fallen into Protestant hands, burnt down by the Kuruks, but with the help of the Catholic faithful and their gracious supporters, the house of God has always been restored.

The old church was renovated between 1837 and 1846 by Albin Tischler, assistant pastor of Berehovo – later titular canon – on the basis of the plans of Count Schönborn, and consecrated by Bishop János Hám on 1 November 1846. The gate of the demolished St Michael’s Chapel was incorporated into the western façade as a side gate.

The southern façade preserves many medieval details. A prominent feature is the south doorway, which is flanked by two buttresses and two tripartite windows with masonry. The late Gothic, double, lined doorway has a donkey arch and double-sided funnels.

In the north wall of the nave there is a fine masonry window and a pointed arched doorway with a lining. The windows of the buttressed sanctuary are masonry, and the sacristy, which was added from the north, remains.

Its monumental organ – still in working order – was built in 1899 by the Rieger Brothers of Budapest. The pulpit and altars were built in 1907 in neo-Gothic style.

The sanctuary has preserved the Gothic elements most clearly, with its reticulated vaulting, its proportioned Calvary main altar and its beautiful sacristy.

The sacristy door is of secondary construction, probably from the church ruins in Kismuzsaly. According to a report from 1862, fragments of wall paintings were visible on the interior walls of the church, but they have not yet been excavated. A “working” sundial can still be seen on the south wall of the church. 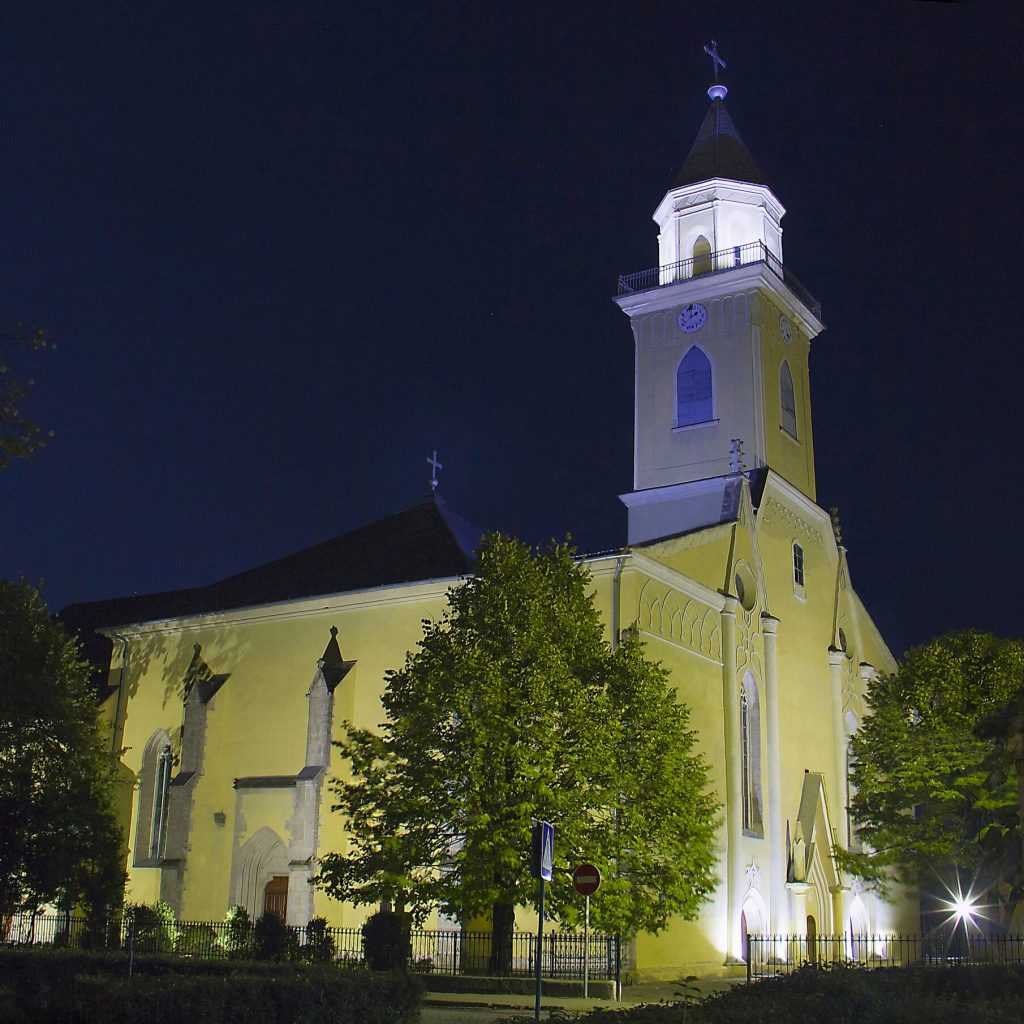 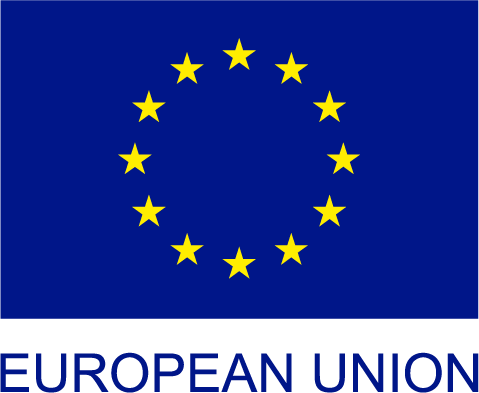 The programme is co-financed
by the European Union